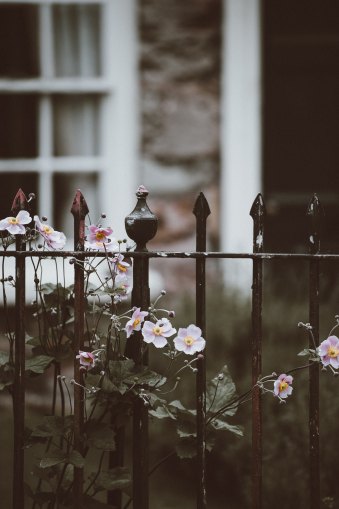 I haven’t read a lot of Dickens (don’t tell my Mom, but I didn’t make it all the way through Great Expectations in high school; skimming was involved), but I’m tackling him this fall. Now that I think of it, I should have started with The Posthumous Papers of the Pickwick Club (which is next on my list), as that was Dickens’ first novel, but instead I started with number three, The Life and Adventures of Nicholas Nickleby.

Overall, I enjoyed my foray into Dickens. His stories are a little sprawling, with many characters, which means that if you tire of a couple characters, there are plenty more to keep you entertained.

The story centers around the titular Nicholas, a young man who, after the death of his father, is left to support his mother and sister. The family travels to London to seek work and assistance from the deceased’s brother, Ralph. Ralph turns out to be, of course, unhelpful and takes an instant dislike to Nicholas, possibly because he’s too perfect.

The novel was first published as a monthly serial, and I can certainly see that structure, especially in the beginning, with chapters being somewhat self-contained (while still furthering the overall story).

Nicholas as a character is almost too perfect (his main flaws seem to be that he’s a little impetuous and has a temper), and poor Kate is also mostly angelic. I loved Mrs. Nickleby as a weak-willed character who is easily drawn into telling long boring stories and who thinks she’s a shrewd judge of character (spoiler: she’s not). There are some great secondary characters too, who I think would be really fun to play in a stage or screen version.

It feels like Dickens had more fun coming up with the side characters, and I have to say, the female characters don’t come off too well, as there’s a lot of fainting and weeping. What’s the deal with women fainting? I’m hoping in later Dickens novels to read fewer fainting scenes, but I guess we’ll see.

There were also some great comic moments, such as the letter from Fanny Squeers to Ralph Nickleby:

“My pa requests me to write to you. The doctors considering it doubtful whether he will ever recuvver the use of his legs which prevents his holding a pen.”

Excellent. Fanny Squeers in general is a pretty hilarious character.

Overall, I enjoyed the story, especially as it gathered steam near the end and everything came together. It took a little while to really get into it, and many chapters begin with a long descriptive passage that doesn’t seem 100% necessary, but I see why Dickens was popular. I can’t imagine having to wait a month to read the next chapter, so I’m glad I could do the equivalent of a series binge for this story.

As with many Dickens stories, there are a couple movie/ miniseries versions. I’ve seen the 2002 movie, which I like (mostly). Charlie Hunnam seems a weird choice for Nicholas, and I don’t think he’s too convincing, but many of the other characters seem to be completely enjoying their roles and do a great job. Jamie Bell is great as Smike, and Christopher Plummer is an excellent choice for the crafty Ralph.

Apparently there’s a 2001 miniseries with James D’Arcy as Nicholas?? I can’t really imagine him as Nicholas either, though I haven’t seen that version, so I’m not sure. Maybe this means it’s time for an updated version (ahem, BBC)!

Photo by Annie Spratt on Unsplash